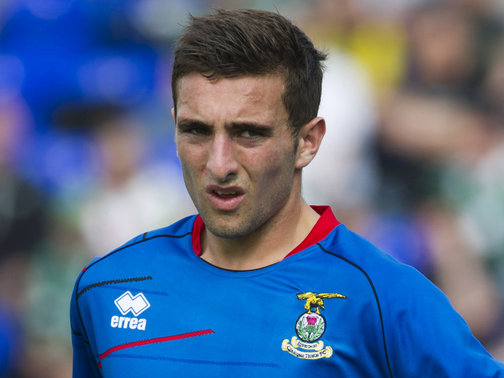 Shinnie will also attract attention from England and three-year-old Glasgow club The Sevco, with his agent Clive Hart coming under attack from ICT boss John Hughes for unsettling the player.

Talks between Aberdeen and Inverness about a summer move for the left-back broke down when the clubs failed to agree a fee.

However Aberdonian Shinnie is still on the Pittodrie radar and manager Derek McInnes could be set to pounce in January.

With the 23-year-old's contract set to expire at the end of May next year, Shinnie is free to sign a pre-contract agreement with another club on December 1st.

With the Dons' finances stable after a fresh injection of cash, the club could be set to pay a small transfer fee for the first time in four years to grab the player mid-season.

Agent Hart confirmed Shinnie is ready for a fresh challenge away from the Highlands but has refused to be drawn on his preferred destination.

He said: "Graeme has had some great times at Inverness and is really enjoying his football under John Hughes.

"But he feels he is at a stage in his career where he wants to try something different, whether that be in England or Scotland."

"Can we spin the plates to see what we can do for him? That's what we're trying to do right at this time."