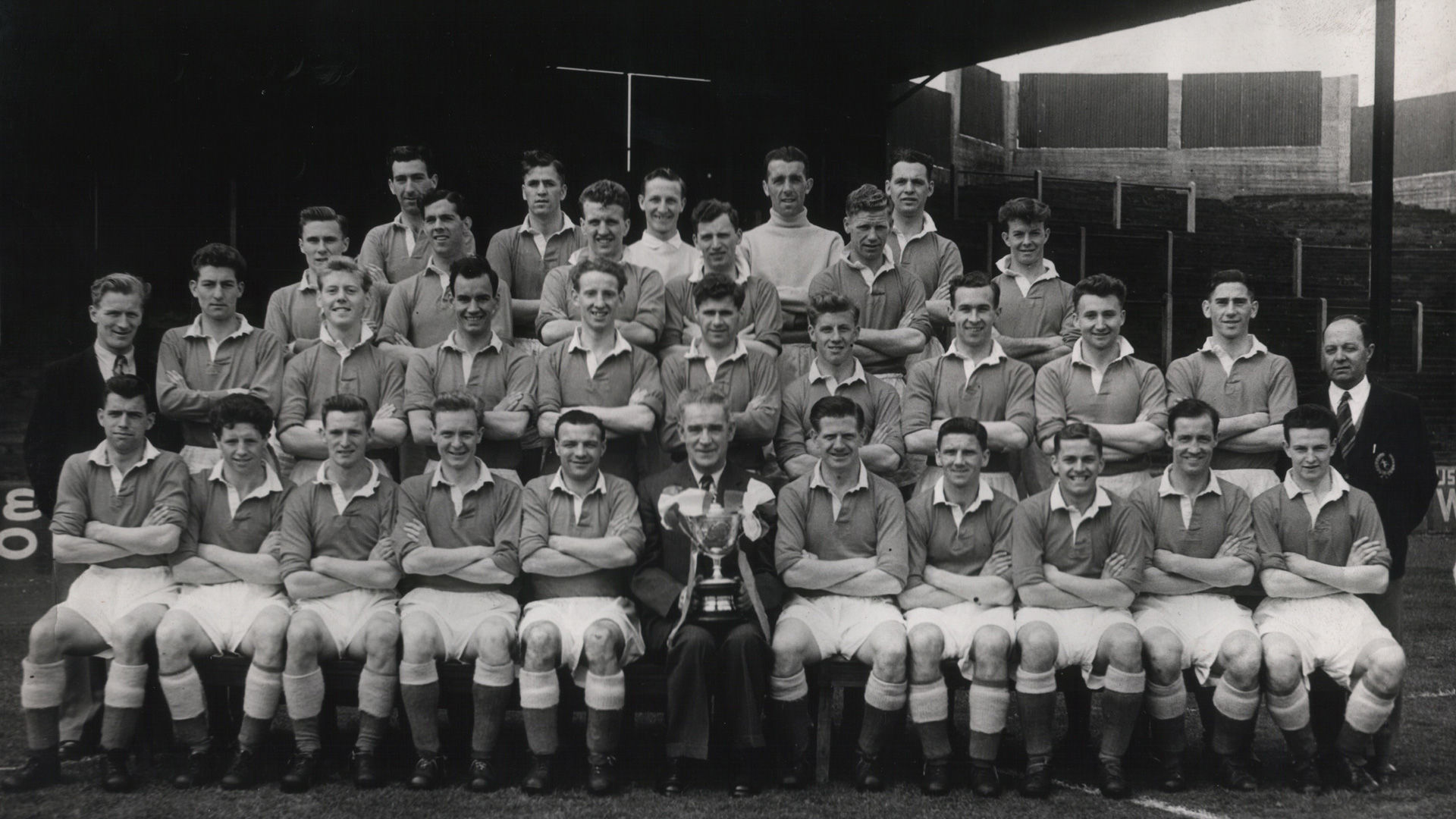 The original Aberdeen Football Club was formed at a meeting in October 1881 - a meeting dominated by members of the teaching profession, hence one possible reason the club were nicknamed the "Dons".
In 1889 this club moved to the Police Dung hill they renamed the site Pittodrie Park after the owner of the land, Mr Erskine of Pittodrie.

The club we now know as Aberdeen began life at a public meeting on March the 26th 1903 when the original Aberdeen team was merged with two other teams Orion and Victoria United. The new club, Aberdeen Football Club Limited was formed on the 18th April, 1903.

Pre- World War Two Aberdeen enjoyed little success reaching one Scottish cup Final in 1937 when they lost 1-2 to Celtic. Their first trophy arrived in 1947 when Aberdeen defeated Hibernian 2-1 in the Scottish Cup Final.

The club won their first Scottish Championship in 1954-55 finishing three points in front of Celtic. They were runners-up the following season and won the League Cup when they defeated St. Mirren by Two goals to One.

The clubs next success didn't arrive until 1970 when they beat Celtic in the Scottish Cup Final. In 1976-77 they won the League Cup for a second time, beating Celtic once more in the final.

Aberdeen's golden era coincided with the appointment of Alex Ferguson as manager. In 1979-80 Aberdeen won their second League Championship when they finished one point ahead of Celtic.

The 1981-82 season saw Aberdeen win the Scottish Cup again beating Ranger 4-1 after extra time. They also won it again in 1983 against Rangers by the only goal and completed the hat-trick in 1984 this time beating Celtic. A further triumph in 1986 when they beat Hearts 3-0 in the final completed Aberdeen's most successful period in the Scottish Cup.

In the midst of this success the club also enjoyed a successful run in the European Cup Winners Cup in the 1982-83 season. They fought their was through to the Final in Gothenburg where they faced the might of Real Madrid. Aberdeen rose to the occasion triumphing 2-1 after extra time.

Although Aberdeen where Scottish Champions when the inaugural European Cup began they could not enter it as participation was by invitation only and Hibs were the team who were invited.

Before the Second World War they also played in black and gold striped shirts and were known as the wasps.

Aberdeen originally played in white jerseys - as the original Aberdeen team had done.