Ando And Reynolds Are New Miller And McLeish

And who better to make that bold claim than Willie Miller himself, the Dons' legendary former skipper, manager and director of football.

Miller has witness many centre-halves pull on the red jersey since his playing days finished and in Anderson and Reynolds has finally found a comparable duo.

Miller watched the pair restrict Celtic to just a couple of chances in the Scottish Cup victory at Celtic Park with a calm and commanding display.

And asked if they are the best since himself and Big Eck, he told the Daily Record: “Yes, I think that could be the case.

"Anderson has been there before, then got his move and came back again at probably the tail-end of his career with all the experience in the world. 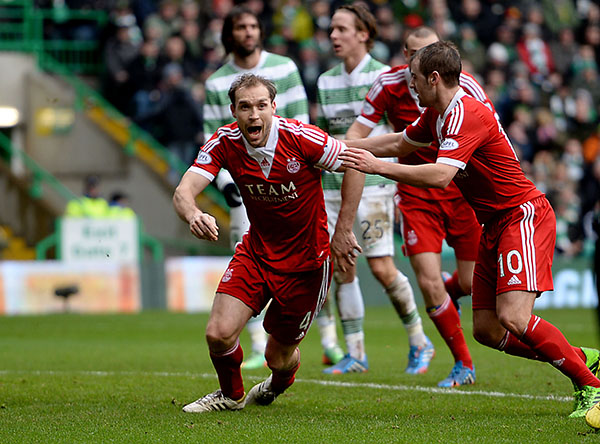 “Mark is more youthful and when Russell is lacking a wee bit of pace or misses the odd challenge then Mark is there to cover for him. It is a very good partnership.

“My only worry about Russell Anderson was his injury problems but he got his hip so high to score at Parkhead that the fears of any future injury problems seem to be allayed."