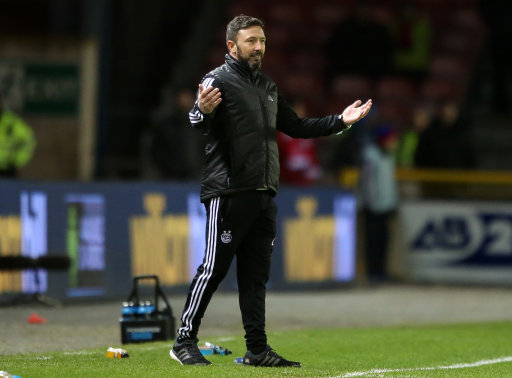 St Johnstone and Aberdeen started their Scottish Premiership campaign with a 0-0 draw at McDiarmid Park.

There was plenty of endeavour from both teams in the opening half at Perth, but few clear-cut opportunities.

Saints came close to making a breakthrough on 13 minutes when skipper Brian Easton surged forward from just inside the Aberdeen half and pulled a low shot across the box where Graham Cummings attempted to divert the ball into the corner, but Joe Lewis was well positioned to save.

Then, three minutes before the break, Anthony O'Connor knocked a long throw-in from the St Johnstone left to the edge of the box where Danny Swanson returned a half-volley which Lewis got across to make a superb diving save, with the ball breaking off Steven MacLean and wide of the target.

Despite their midweek exertions in Maribor, the visitors grew stronger as the match wore on.

And when the Saints defence opened up on 70 minutes, goalkeeper Alan Mannus came to the rescue when he got down to block a powerful drive from Ryan Jack.

The Dons almost snatched victory in the dying seconds of stoppage-time when Jayden Stockley was inches from connecting with a Graeme Shinnie delivery at the back post with Mannus exposed.

But with the teams likely to finish in the top six this season, both managers would have been happy to avoid an opening-day defeat.