New stadium economic benefits 'could be even greater' 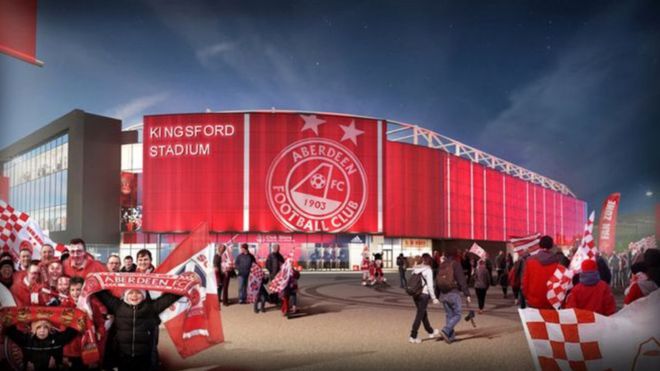 The economic benefit of Aberdeen FC's planned new stadium could be greater than originally predicted, according to a new report.

The club put plans for the £50m stadium and training facilities at Kingsford, near Westhill, on hold in October.

A fresh public consultation is being held, and a further pre-determination hearing will be held in the new year.

Aberdeen FC said analysis by Aberdeen and Grampian Chamber of Commerce(AGCC) showed "no doubt" about the benefits.

Those opposed to the plans are calling for the club to look elsewhere.